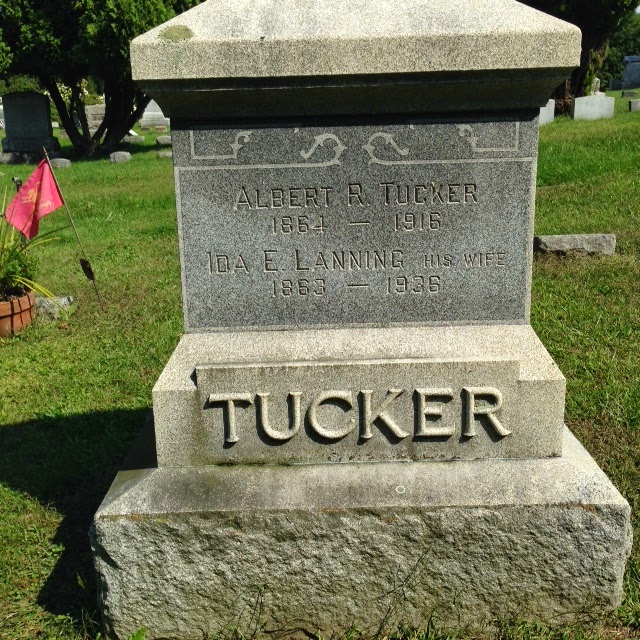 When we visited the Ithaca area in September for my husband’s high school reunion, we spent some time in Trumansburg, and I grabbed that opportunity to take photos of some family tombstones.  Am just now getting them off my phone!  We shall start with the stone of Bert Tucker and Ida Lanning Tucker.