I just learned that the Franciscan Sisters in Peekskill, New York (formerly St. Joseph's Home) have a Facebook page!

My St. Joseph's Home blog posts consistently have the most views, and the most comments. I am so glad the Sisters are reaching out to the many people whose lives they have touched over the years.
Posted by Mary Nunn Maki at 2:06 PM No comments:

Another Anomaly in Fredericksburg, VA Marriages

I love genealogy research because I am always learning something. Three years ago we volunteered to digitize Fredericksburg, VA marriages so the wealth of information on those documents would be available for genealogists tracing their ancestors in this part of the country.
We learned as we went along that marriages taking place in this town were not just local folks, but for couples coming from the northern states and states to the west. This made sense since Quantico Military base is close by, but then we ran into the anomaly in 1939-1940 when we learned the northern states started to impose wait periods and required blood tests.
Last week when we got to the 1916 and 1917 Fredericksburg marriages we ran into another anomaly. Working back, we did 1917 first. In that year there were no marriages performed during the month of May. Since the names were filed alphabetically, and we were refilling them by month, it wasn’t like we missed a folder or that one had been misfiled.
We went to the archivist and explained the “empty” month. He jumped on the Internet and brought us information that explained the U.S. Selective Service Act was enacted 17 May 1917. Those married and providing sole income and with dependents under the age of 16 were classified as “exempted, but available for military service.”
We didn’t go back through the first months of that year to see how many men married divorced or widowed women with children, but that might have been an interesting statistic to find. Being married before the month of May 1917 was definitely an advantage when it came to draft eligibility.
Then in 1916 we ran into the same thing, this time there were no marriages in the month of June. In a cursory search I learned the National Defense Act was enacted 3 June 1916, getting Americans prepared for entry into WW I. Why this affected marriages during that month, I can’t say, but it did make for an interesting day!
Posted by Mary Nunn Maki at 2:00 PM No comments: 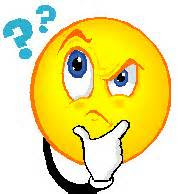 Today I returned to my research on the family of Ezra and Caroline (Lanning) Tucker. To refresh my memory and to tighten the prose I started at the beginning.

After reading through the introductory material, I read through the documentation I had accomplished so far on each family member.


In the write-up on Ezra and Caroline’s grandchild, Jay Doolittle, I wrote that in 1900 Jay ran a grocery store in the small rural village of Covert, Seneca County, New York. Jay employed Dana Walker (b: March 1877) to drive the grocery wagon around the countryside. And that was it. On to the next descendant.


Today I realized that a number of times I have found a “servant” or “farm hand” living with my ancestors. I would note them in the household, but then dismiss them as far as any further research. Until today.


I wondered, who is Dana Walker? I spent a couple hours in an attempt to fill in his life.


From The Farmer Review of 16 March 1901 I found that Dana Walker and Miss Ada E. Hall, both of Farmer, were united in marriage Wednesday 13 March 1901 by the Rev. C.H. Moscript. I believe Ada (b: abt 1883) was the daughter of Porter and Claudia Hall of Seneca County, New York.


In 1904 Dana left Jay Doolittle’s grocery store, using his contacts through the grocery wagon to find work at the nearby Rappleye farm.


At some point Dana Walker returned to work in the grocery business because on 18 July 1913 the Interlaken Review reported that Dana resigned his position with the H.P. Minor store and traveled to Portland, Michigan to assist his recently widowed mother.


Not so much information on the life of Dana Walker, but at least it is a start and I will keep an eye out for him if he intersects with my family line in the future.
Posted by Mary Nunn Maki at 1:52 PM No comments:

This morning I registered with Ireland Reaching Out, a “global network for people of Irish Heritage.”

With a great grandfather named Patrick Doyle, I didn’t think I had a chance of finding him in Ireland.

Ireland Reaching Out is a community of volunteers and family researchers working to make those connections. It is a great marketing tool for Ireland, and a great asset for those of us just starting to search across the pond.

It is easy to register. Just put in your email. An email is sent to you with further instructions and a password into the site. One glitch, however. I never received the original email. This morning I put in my email again, being told that email was already taken, and did “I” forget my password? [smile]

I clicked “forgot my password,” even though I had never been sent one … and I did receive the next email. I was able to reset my password, and from there you can chose if you know your parish or if you don’t. I selected “don’t know,” and from there a message board appeared. I put in my gr-grandfather’s information, as much as I know, and now hope some volunteer or researcher will be able to help me.

We have shared this website with those we know researching their Irish ancestors. I will let you know if I have any success.
Posted by Mary Nunn Maki at 10:05 AM No comments: