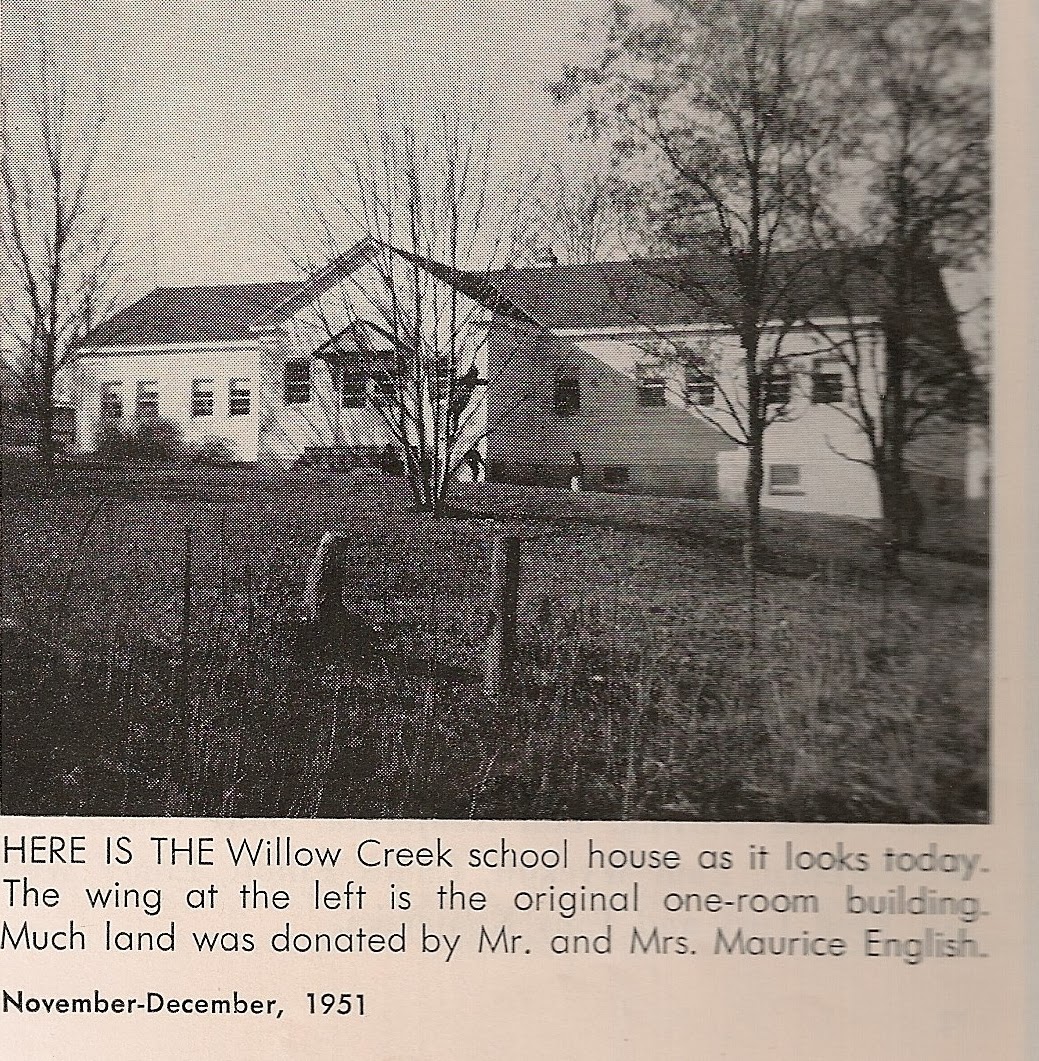 One of my Willow Creek school classmates sent me a PDF of the 1848-1948 Centennial program for Willow Creek school.  My great-grandmother, Mrs. Arthur (Jessie) Agard, gave the historical sketch; the keynote address was given by Dr. Liberty Hyde Bailey, Professor of Agriculture, Emeritus and Director of Bailey Hortorium at Cornell University.*

The program listed the trustees and teachers from the year 1898 through 1948. Those educators in the one (then two) room rural schoolhouse were:

With a couple of exceptions it is interesting to see in the early years teacher tenure lasted one year.  Since only one was male, I suspect the females got married. It would be interesting to confirm why these women left after only one year.  Another project to add to my list!

* What’s a Hortorium? Here is the description from the Cornell University website.